Peter was raised in humble circumstances in the Solomon Islands. In 1985, he was fortunate to be awarded a full scholarship to study medicine at the University of Auckland. In addition to other numerous prizes, he won the prestigious Eric Hector Goodfellow memorial prize for coming top of his class. This featured on the front page of the New Zealand Herald, March 23 1988 “Student wins against the odds”. Qualifying as an orthopaedic surgeon in 2002, he travelled abroad for further training in centres of excellence in shoulder and elbow surgery. Shoulder and Elbow fellowships were undertaken at the Royal North Shore Hospital (University of Sydney), Peter Lougheed Centre (University of Calgary) and the Nuffield Orthopaedic Centre (University of Oxford). He returned to practice as orthopaedic surgeon in New Zealand in 2005. In addition to a consultant position at North Shore hospital, he works in private practice at the Shakespeare Orthopaedic Institute on the North Shore and performs surgery at the Southern Cross North Harbour hospital. In 2008, he was awarded the American British Canadian (ABC) fellowship, the most prestigious award in the English speaking orthopaedic associations.

He is an educator and regularly gives teaching to family doctors, physiotherapists and doctors specialising in orthopaedic surgery. He was a past selector of candidates for the New Zealand Orthopaedic Association National training programme and in 2019 was appointed to the court of examiners of the Royal Australasian College of Surgeons. In 2018, he was awarded the John Morris award for the best educator in orthopaedic surgery in Auckland.

He is active in research and innovation. He has published extensively in prestigious orthopaedic journals and his work is regularly cited. He is an editorial reviewer for the Journal of Shoulder and Elbow Surgery and The Journal of Shoulder and Elbow. He has written a chapter on the use of Titanium augments in shoulder joint replacement in the Textbook of Shoulder Surgery (Springer). He regularly attends conferences to gain new knowledge and also frequently presents his own research and new ideas at conferences. He has developed new surgical techniques in orthopaedic surgery. He is a consultant to an international shoulder prosthesis company (LimaCorporate spa) and is involved with designing and improving the SMR artificial shoulder prosthesis. He has 1-patented design.

‍He is known internationally as an expert in shoulder surgery and is regularly invited to give lectures all over the world. In 2018, he was privileged to be the only surgeon from Australia and New Zealand to be invited faculty at the Nice Shoulder course in France, the largest shoulder course in the world. In September 2019, he will be faculty with other internationally renowned shoulder surgeons at the International Congress of Shoulder and Elbow Surgery ICSES in Buenos Aires where he will be giving the opening lecture on complex shoulder joint replacement. International surgeons frequently visit him to learn about shoulder surgery and he supervises the shoulder and elbow fellowship at North Shore hospital.
Prizes, Awards, Scholarships 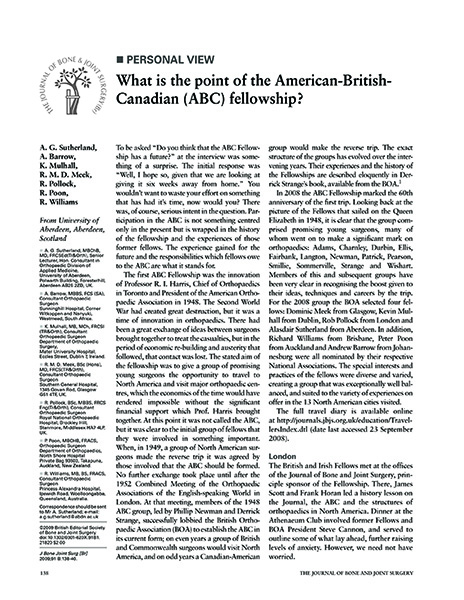 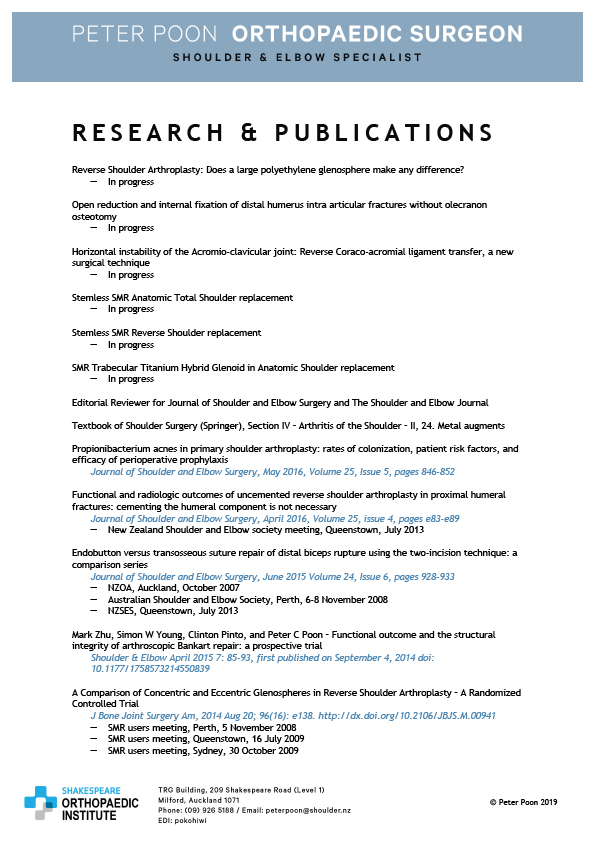 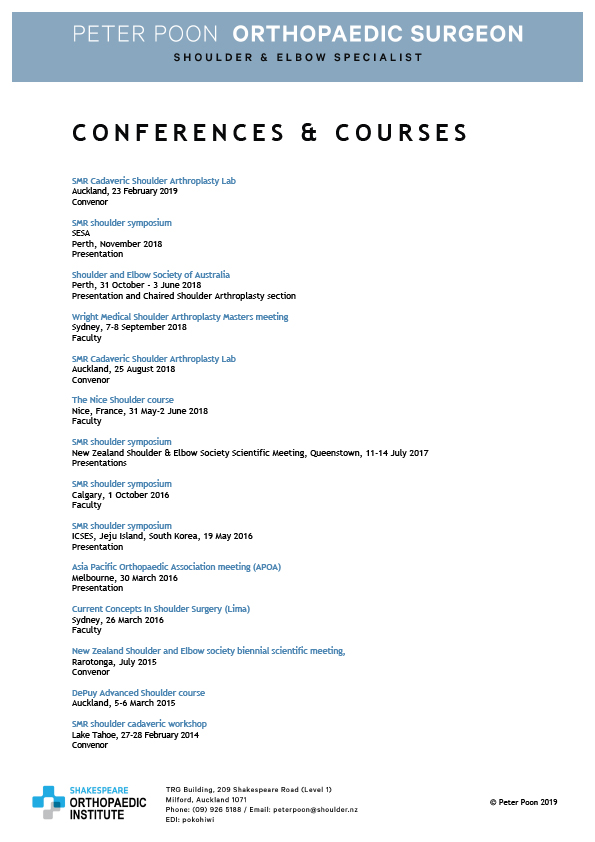 Radius morphology and its effects on rotation with contoured and non contoured plating of the proximal radius
‍Journal of Shoulder and Elbow Surgery. May 2012, Vol 21, Number 5, 568-573

The anatomy of the dorsal cutaneous branch of the ulnar nerve
‍The Journal of Hand Surgery (European Volume) September 2010 35: 583-585

The new SMR Trabecular Titanium Hybrid Glenoid prosthesis is the first and only polyethylene glenoid prosthesis with hybrid fixation that is convertible from anatomic to reverse.
‍
Being part of the SMR Shoulder System, the new SMR TT Hybrid Glenoid prosthesis has been designed to provide an innovative solution for glenoid replacement in anatomic total shoulder replacement, allowing for proper soft tissue management by an optimal range of sizes, mismatch options, thickness options and a reliable fixation supported by a combination of cemented polyethylene peripheral pegs and uncemented press fit central Trabecular Titanium peg. 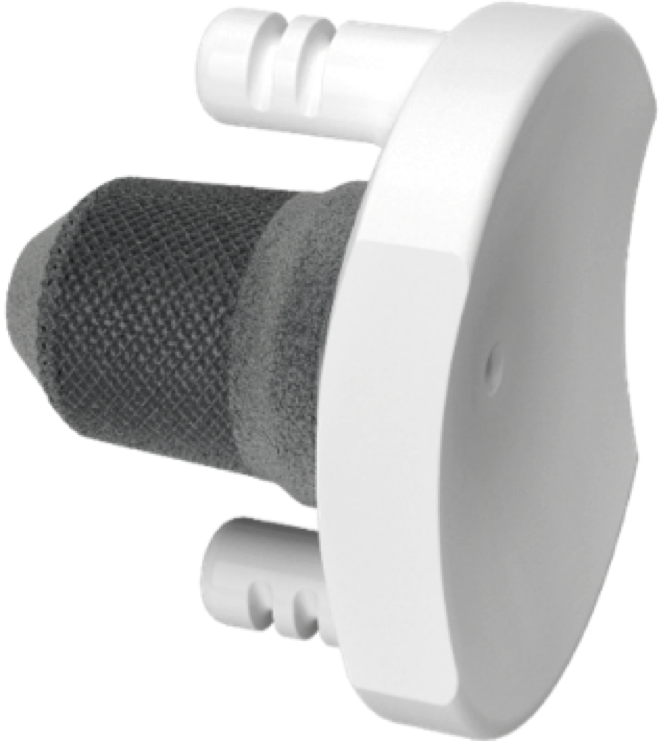